According to some paintings, the trail of misery and mysterious events extends. 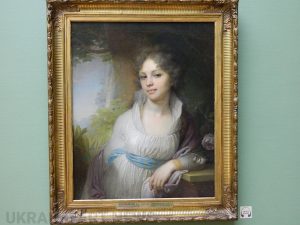 The picture of the Ukrainian painter Vladimir Borovikovsky did not erase this. In the nineteenth century, the rumors of this portrait went wrong. And all because that depicted on her daughter of retired General Ivan Tolstoy Countess Maria Lopukhina died shortly after writing the picture. In the salons of the then wanderers, they whispered that in the picture the spirit of the deceased Countess, who takes away the souls of the girls who looks at her, is imprisoned. Not less than a dozen young noblemen on the publication were victims of an unlucky canvas. The natural beauty of the girl is in harmony with the surrounding nature. It was a golden age, and Borovikovsky was considered his recognized master. A. Benois wrote: “Borovikovsky is so original that it can be distinguished among thousands of portraiture. I would say that he is very Russian. ”

In 1880, the patron of Tretyakov bought a portrait of Lopukhina for his gallery, where he is still today. Dead rumors stopped. “Did the spirit calm down, or I became lesser in the nobility,” art historians say.