Andy Warhol was born in a poor family of emigrants from the Lemko village of Mikov and became one of the richest artists of his time. If in the childhood my mother Julia Zavadskaya for each finished drawing promised a bar of small chocolate, then it was difficult to find an artist who would work more.

But they say that Worl’s best creation is Andy Warhol himself. After all, his career is the unique case when successful marketing has enhanced talent. Want to be popular – here are some tips from the artist.

Break all templates.
Everyone around us thinks that art is ancient sculptures, pastel painting and realistic portraits? Then he puts the gallery pictures of cans with soup, packaging of rags for washing dishes or ordinary banana.

Everyday things he turns into artistic objects. This causes resonance and eventually attracts attention to the author.

At the beginning of his career, the artist thought that nobody would buy paintings with his appearance, so one day, abruptly changed the style. 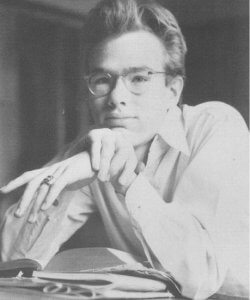 Andy Warhol at the beginning of the career

Started with a name: Andrew Wargol changed to Andy Warhol. Then plastic surgery on the nose and finally shopping. From now on, black turtlenecks and striped T-shirts, leather jackets or classic costumes. The artist quickly began to bark, so the white and silver wigs become the unchanging attribute. Plus a huge collection of glasses. And it does not matter that in New York from tens of thousands of artists, because Vorgola recognized immediately.

Warhol understood that he wanted to be an expensive author, and accordingly, his clients should be wealthy. The chances of getting orders grew rapidly if you personally meet those people. Therefore, the artist was a regular visitor to the cult club “Studio 54”, where the rich and famous were resting.

Frequently traveled by searching for potential customers abroad. In the 70-80 years among the rich people, it was a sign of a good tone to have a portrait of Vorgola.

The journalists haunted the artist, while in public he could not wait for the epithets. On the contrary, he behaved discreetly, like a shy boy. And the next day, Vorgal could have published a series of photos in female images or surprised by a new project. He then launched the Interview Magazine, produced musical bands, played the MTV program and filmed himself. Journalists have always had something to write about.

Vorgol loved the gadgets. Most of all, it’s a polaroid, which makes most of its photos. They were the basis for future paintings. Vorgol did not part with the camera – he said that he was in a visual diary. In fact, it was a kind of Instagram 40 years before its appearance.

Andy Warhol liked to be photographed.

When the computer appeared with the drawing program, the artist immediately realized that he could use it in the work.

Revolutionary in art, Vorhold was also very enterprising. By the way, he said: “Business is the most interesting form of art.”