A 12th-century walrus tusk object, part of Lewis Island Chess, was discovered in Edinburgh by the heirs of an antiquary 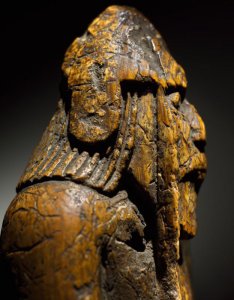 The chess piece put up for auction depicts a guard (the equivalent of a modern rook). Photo: Sotheby’s

The chess piece, which the Sotheby’s auction house valued at £ 1 million, was found when parsing property in a private apartment in Edinburgh, reports the BBC. It is part of the legendary set of chess, discovered on the island of Lewis in 1831, which are divided between the British Museum and the National Museum of Scotland. Scientists knew that five pieces were missing: one knight (the equivalent of a modern knight) and four guards (rooks). The figure found represents the guardian.

As it turned out, the grandfather of the current owners of the figure, an antique dealer, bought it for £ 5 in 1964 (as recorded in his account book) and had no idea about the true value and antiquity of the thing. For many years she was kept in the family, in a drawer, and was considered a kind of family amulet. Finally, however, one of the heirs decided to evaluate it. Sotheby’s expert Alexander Kader, who was brought this walrus-tusk product, says that he has “dropped his jaw” when he realized what he was holding. 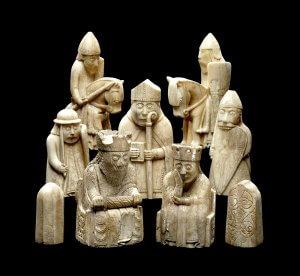 The item will be shown in Edinburgh and London at pre-auction shows. Bidding, where it can be purchased, is scheduled for July 2.

“Lewis Island Chess” is one of the most famous and ancient surviving sets, they are an important symbol of European civilization and play a big role in British culture, inspiring Joanne Rowling to one of the plot lines of the novel “Harry Potter and the Sorcerer’s Stone”.