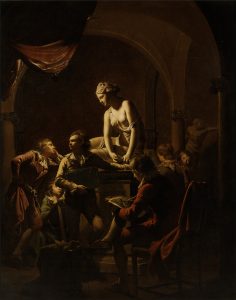 The most expensive lot auction Sotheby’s in 2017 was the painting “Untitled” by Jean-Michel Basquiat, for which Japanese billionaire Yusaku Maezawa paid $ 110.5 million.

At the auction in Hong Kong was set a record for diamonds and jewelry: the jeweler Chou Tai Fook bought a huge diamond “Pink Star” for $ 71.2 million There is also a new record for Chinese pottery: a small bowl era of the Northern Song Dynasty (960-1127) went for $ 37.7 million.

Another record: the total revenue from the evening auction of Impressionism and Modernism and Surrealism in London was $ 240.8 million. The hero of the evening was Gustav Klimt. His canvas “Blooming Garden” in 1907 was sold for $ 59.3 million – so much for the artist’s landscapes have never been paid.

The main contribution to the final amount was made in the November auction in New York, where the works of impressionism, modernism and modern art were sold for $ 724 million. A drop was added and Russian auction with a record for painting by Nikolai Feshin at $ 4.9 million. The most expensive work of the old the master became the canvas of Joseph Wright of Derby, a British caravagist of the 18th century, depicting a scene with a model and artists in the light of candles – it went for $ 9.7 million.

The main rival of Sotheby’s auction house Christie’s traditionally reports on its results in January. However, there is no doubt that he will be the leader of the price race in 2017, as it was sold at the auction Christie’s “Savior of the World” Leonardo for an amount that is unlikely to be exceeded in the near future – $ 450.3 million.