From the recently found 3500-year-old tomb in Egypt to solve the puzzle works of René Margritte – this is the 5 most remarkable artistic and historical discoveries of the past year.
1. The discovery of new tombs and artifacts in Egypt. 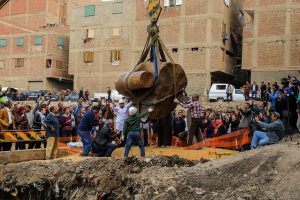 Earlier in December, the Ministry of the State Service for Antiquities announced the opening of two 3,500-year-old tombs in the necropolis of Draa Abu-Naga in Thebes near the southern city of Luxor. The researchers believe that the structure was built during the 18th dynasty (1550-1292 BC). They also found a number of artifacts, including funerary furniture, painted wooden masks and about 450 statues. Another 3,500-year-old tomb in the same necropolis, built for the royal jeweler Amenemhat, was discovered in September. And in March, pieces of the 8 meter-high statue of the pharaoh (probably Psammetich I, who ruled between 664 and 610 BC) were dragged from a dirty ditch in the working class area in Cairo.
2. Archaeologists have found one of the most significant Roman mosaics. 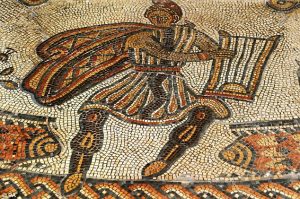 Although the project began in 2011, it was not until August 2017 that the organizers realized that they had found something extraordinary. As it turned out, they found a surprisingly well-preserved mosaic, which depicts the Greek mythological hero Bellerophon. Scientists have called it “the most unusual” discovery in the UK over the past half century.
3. There were new facts of the biography of Leonardo da Vinci.

It was a great year for da Vinci, and it’s not just about his painting, which was sold at auction for a record $ 450 million. The experts managed to determine the identity of the artist’s mother. For centuries, historians have been sure only that her name was Katerina. A new book based on previously forgotten financial documents from Vinci and Florence indicates that she was a poor orphan named Katerina di Meo Lippi. When the girl turned 15, she began to meet with 25-year-old lawyer Sero Piero da Vinci. Later, the master’s mother married a local farmer, Antonio di Piero Buti. A new study in the book also disputes the birthplace of Leonardo, because for a long time they considered the village Anciano.
4. The last part of the picture of Magritte was found in Belgium. 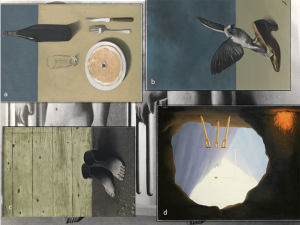 In November, the Royal Museums of Fine Arts of Belgium announced that the researchers found the fourth and last part of the work of René Magritte “The Enchanted Pose” (1927). This discovery completes the artistic and historical puzzle, which the researchers tried to solve in 2013.
5. Details of 2000-year-old petroglyphs in Venezuela with the help of drone. 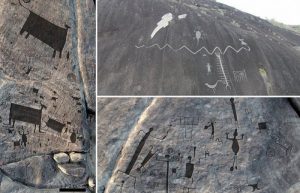 Although archaeologists have known about engravings for many years (their size and location), the group of islands Atures Rapids greatly impeded their photographing in full. Only thanks to unmanned aerial vehicles managed to capture all these unique drawings. These images are part of a larger project that studies the pre-Columbian civilizations.

Source: http://art-news.com.ua/top-5-samykh-ynteresnykh-otkrytyi-2017-hoda-18215.html
© Art News Ukraine. Under the guidance of Sotheby’s.