Perhaps everyone has heard the story that people bought “beautiful pictures” on flea markets and other knick-knacks for a pittance, and then it turned out that they acquired world masterpieces worth millions of dollars. In this review are collected real works of art, which at one time were purchased for a mere penny. 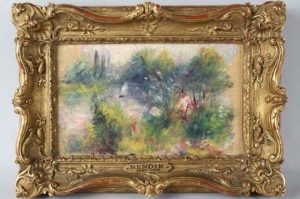 “Landscape on the banks of the Seine.” Auguste Renoir, 1879

In 2009, a resident of Virginia (USA) bought several plastic figurines and a painting for $ 7 on the flea market. According to the girl, she was more attracted not by the picture, but by a beautiful frame. Already at home she saw in the picture a sign with the name of the famous artist Auguste Renoir. At the insistence of her mother, the girl attributed the acquisition to the auction house, and there they confirmed the authenticity of the Impressionist painting. “Landscape on the banks of the Seine” Auguste Renoir estimated at 75 thousand dollars. The joy of finding the mistress gave way to grief, because the picture could not be sold. It turns out that the canvas was stolen. In 1926, it was acquired by the American collector Herbert May, then the painting was exhibited at the Baltimore Museum of Art. From there, in 1951, she was abducted. At the end of 2014, the canvas was returned to the museum. 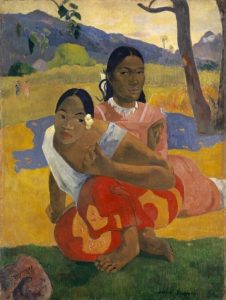 Paul Gauguin was one of the outstanding representatives of post-impressionism. Unfortunately, during the artist’s lifetime his paintings were not in demand. Gauguin was very poor. To his friends he wrote that he did not even have anything to buy a piece of bread, he had to eat only water and fruits, which were growing everywhere in Tahiti. In 1892, living on the island, Gauguin painted the painting “When is the wedding?”. After the death of the artist, it fell into the hands of private collectors almost for nothing, but, ironically, it became the most expensive painting in the world. In 2015, the museum acquired the picture of Qatar for a record $ 300 million. 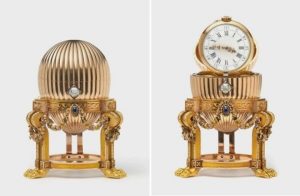 Egg Faberge – a gift of Emperor Alexander III to Maria Fyodorovna’s wife for Easter in 1887
After the October Revolution of 1917, the Bolsheviks practically sold out works of art, paintings, icons, jewelry belonging to the royal family for almost nothing. The same fate befell the 36 precious eggs made by the jeweler Carl Faberge. Egg Faberge with a clockwork. The fate of one of these eggs, long considered lost, is simply amazing. Once an American metal trader bought a gold product for 14 thousand dollars and planned to resell it for 15 thousand to get “quick” money. However, there were no buyers. Then the owner decided to remelt the jewelry, but finally still looked in the Internet and entered into the search keywords: “egg”, “Vacheron & Constantin” (the inscription on the watch mechanism inside the egg). He found an article in the British newspaper The Telegraph, which talked about Faberge eggs. In one of the photos, an American saw a piece of jewelry similar to his purchase. 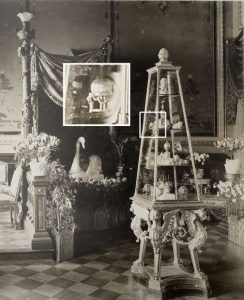 Exhibition in the mansion of von Derviz, St. Petersburg, 1902
The trader closest flight went to London to the director of the antique gallery Wartski Kairen McCarthy and showed him the photo of his egg. The antiquary came home to an American and saw an egg standing on a table between a sugar bowl and a pie. When McCarthy said that the find is real, the trader lost consciousness. The pedestal of the jewelry is decorated with golden wreaths, blue sapphires, miniature bows with diamonds. Inside it are ladies’ watches with golden arrows. It was this egg Alexander III presented as a gift to Maria Feodorovna for Easter in 1887.
Egg Faberge, bought for 33 million dollars. According to the antiquarian, an American received for Faberge’s egg so much money that “it turned his whole life”. A gold product was bought by a private collector for $ 33 million. 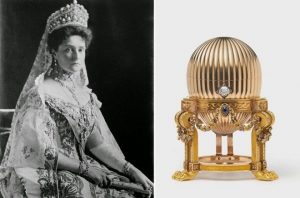 The wedding crown of Empress Alexandra Feodorovna
Empress Alexandra Feodorovna in a wedding diamond crown
Touching on the topic of the deplorable fate that befell the jewels of the imperial family after the revolution, we can not fail to mention the marriage crown of Alexandra Feodorovna “Russian Beauty”, decorated with 1535 diamonds of antique cut. In November 1926, the Bolsheviks began selling crown diamonds literally to kilograms. The diadem went under the hammer for a mere penny – only 310 pounds. Needless to say, the real price of the decoration is estimated at millions of dollars.

Declaration of Independence of the United States of 1776

In 1989, at a flea market in the state of Pennsylvania (USA), a man for $ 4 bought a most interesting artifact – the US Declaration of Independence in the frame. Over time, it turned out that this is not a copy, but an original. It is known that on the night of July 4, 1776, 200 copies of the Declaration were made, of which up to today only 25 pieces have reached. The document was sold at Sotheby’s auction in 1990 for $ 2.45 million.