The police found the picture of Cookham from Englefield under the bed of the alleged offender. She was packed with bags of 3 kilos of cocaine and packs of ecstasy pills. 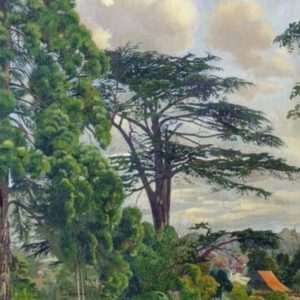 “Spencer is one of our most recognized artists and a true master of the 20th century. It’s great that everything has ended well and the picture has returned to the legitimate owners “, – shared the Minister of Culture Michael Ellis. It is known that the landscape was stolen from Stanley Spencer’s gallery in 2012. The art market is worth £ 1,000,000. In the museum, she was under a contract for rent.

Police reported that the owner and curators of the gallery were “devastated” with news about the disappearance of the work. Law enforcement agencies state that the circumstances in which the work was found emphasize the link between the theft of cultural heritage objects and the global criminal network. In the picture, Spencer depicted the region in which he was born and inspired him throughout the creative path. The works of the artist have received the status of national heritage, and he himself was awarded a knight title a year before his death.