On the eve of the opening of the Art Basel Fair in Switzerland, data have been published illustrating the development of the situation on the local art market. According to him, the art market is gaining momentum, its turnover reached $ 1.2 billion a year.

According to the newspaper SonntagsZeitung, the market of works of art in Switzerland is taking off, its turnover increased during the reporting period by 15% per annum, that is, it grows faster than the average world figures. Such data are based on a study by an authoritative economist specializing in the art market of Claire McAndrew.

Together with the UBS Bank and the Art Basel Fair, an annual analytical report on the development of the Swiss and world art markets was published. Claire McAndrew stresses that business in this market is unstable, in the past few years his business situation has not developed in the best way, but now “in this market, especially in the higher price segment, there is a significant improvement, there are positive trends. 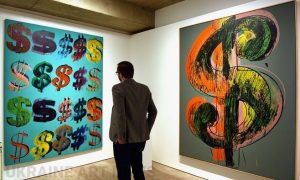 The Swiss art market is the fifth largest market in the world, the Swiss are among the most important customers. Art business is profitable outside of this industry, it brings significant profits to banks, insurance companies and logistics enterprises. Switzerland is also profitable from the point of view of infrastructure: tax warehouses of artifacts operate on its territory.

The rapid development of the Swiss art market is a consequence of political processes in the near European foreign countries. “The British art market is considered to be the most important in Europe, but Brexit sowed at him a mood of uncertainty and fear. According to UBS in 2017, this market grew by only 8%, and all because collectors do not yet understand how future trade in art between the EU and the UK will develop. In this situation, Switzerland is a wonderful, and, most importantly, a stable alternative, “says analyst Claire McAndrew.

No less difficult is the situation in Germany. In 2016 there came into force new legislative provisions regulating, and, more precisely, restricting and complicating the trade in art objects. In particular, the export of works of art from the country is now possible only after complex permitting procedures, so many collectors prefer to develop, multiply and save their treasures in Switzerland.

Actively active in the art business is banks and insurance companies. UBS Bank not only sponsors the Art Bassel Fair, but also arranges, for example, large exposures in Israel and Saudi Arabia. At vernissages and exhibitions, rich collectors appear in crowds – they are also potential new clients for the bank. The UBS Bank also finances an entire expert group of art historians and expert art historians. Only their bank customers can use their services, which put in their account for $ 50 million.

Approximately the same thing happens in the insurance market. The Allianz Suisse company notes that it currently has concluded private insurance contracts worth one billion Swiss francs. In recent years, the market for this type of insurance has grown at two-rate pace. Oliver Class, art expert at Allianz Suisse emphasizes that “the Swiss art market will continue to strengthen its position and increase its significance, and art dealers, gallerists and auction houses will continue to move to Switzerland.”