On August 30, Saatchi Gallery opened the international exhibition “Cash is King”, featuring colored banknotes from around the world. Ukraine presented the Odessa artist Kirill Bondarenko, especially for the London exhibition, he painted a banknote with a nominal value of two hryvnias. 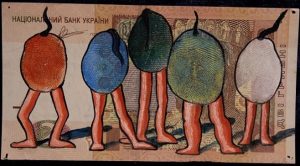 The project “Cash is King” has allowed artists from all over the world to add their own touches to money. The exhibition also raises the question of how different countries are working to protect their system and society, whose incarnation is often billboards. 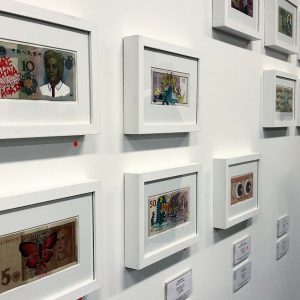 In general, the exhibition shows more than a hundred works, which can be purchased online from 120 to 4,700 pounds sterling. Already the second day after the opening, almost all the work was sold out.