The Museum of Art History gathered for the first time almost the entire legacy of Peter Brueghel the Elder – about three dozen paintings. 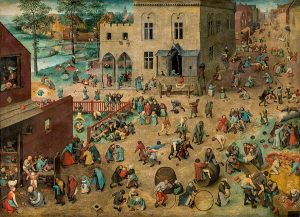 The exhibition is dedicated to the 450th anniversary of the death of the great master, although the gods himself ordered the crowns of his wreaths to hold his exhibitions – both on occasion and without him. The Vienna Museum of Art History – the main owner of works by Peter Bruegel the Elder, or Muzhitsky, (about 1525/30 – 1569), he owns 12 works of the artist. The second is the Royal Museum of Fine Arts in Brussels with six paintings; the rest, including such titans as the Louvre and the Metropolitan Museum, and even less. In total, about 40 paintings by Brueghel are preserved in the world.

In Vienna, will show all five surviving scenes from the series “Seasons”, among which, perhaps, the most famous work of the Netherlands artist – “Hunters in the snow.” For the first time in one exposition, there will be two “Tower of Babel” – from the Vienna museum and from the Museum of Boimans – van Beuningen in Rotterdam. Especially for the exhibition, the Madrid Prado restored Bruegel’s masterpiece from his collection – The Triumph of Death. Restoration, during which reinforced the paint layer and returned the original bright colors, lasted two years. 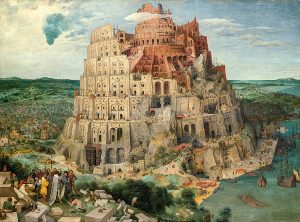 At the exhibition, modern multimedia tools will be widely used, because “rural life” in Bruegel is a rebus, behind which other content hides, this is what attracts a modern person with his clip-consciousness. The audience will be able to decode for themselves all the unusual details of the paintings. For example, “Magpie on the Gallows” from the Museum of the Land of Hesse (Darmstadt). Why such a complicated way to kill a bird? It turns out that this picture Bruegel expressed his attitude to scammers and gossipers, the guilt of which the Spanish conquerors executed his compatriots on real gallows. Another example is the “Parable of the Blind” from the Museum of Capodimonte (Naples), seemingly a simple illustration to the well-known maxim: if a blind man leads a blind man, they will both fall into the pit. However, it turned out that the second and fourth characters of the picture are blinded artificially. Perhaps this is Brueghel’s response to the atrocities of the Duke of Alba, repaired in his native Netherlands. It is curious that today the parable of the blind is perceived precisely by the picture of Brueghel.