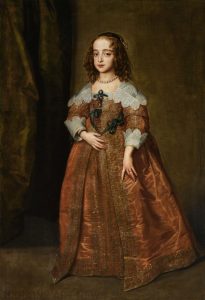 Anthony van Dyck Portrait of Mary, the eldest daughter of the king and Princess of Orange

Two parade portraits of older children of King Charles I of England, the eleventh-day Prince of Wales (later King Charles II) and his nine-year-old sister Mary, the eldest daughter of the king (later the mother of the future King William III), will be among the most valuable auction lot items of the old masters of Sotheby’s in London December 5th. These two portraits, from a series of recent works that Anthony van Dyck wrote for their royal patron saint, were kept in one private collection for almost a century and entered the market with a total valuation of $ 3.8 million.

Conceived and executed in the summer of 1641, a few months before the death of the artist in December of that year, these may be portraits of the prince and the princess documented among the things found in the artist’s workshop in the Blackford District (London) after his death. Embodying the extraordinary skill that van Dyke brought to children’s’ portraiture, the genre in which he succeeded in his early years in Genoa, both works shows the perceptible resemblance of royal children at a time when their world and the Stuart monarchy were on the brink of collapse. 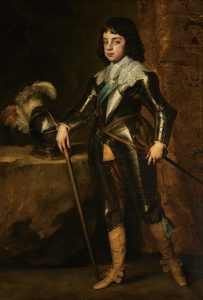 Alex Bell of the Sotheby’s old masters department said: “Van Dyke was responsible for the creation of durable portraits of Charles I and his courtiers, and in these exceptionally well-preserved portraits of his two older children, we see how the artist uses his artistic wizardry to portray both youth and the status of his royal models. The stormy history of the courtyard of Stuarts has always captured the imagination of people, and taking into account the additional interest caused by exhibitions in London this year, the appearance of the sale of these royal portraits, which is extremely rare is on the market, are very timely. ”

In 1632, van Dyke became the court painter of the English King. In this position, he created numerous portraits of Charles I, his wife Henrietta Maria and their children, many of whom still remain in the British Royal Collection. Van Dyck’s style, which endowed their models with a relaxed elegance and restrained power, dominated the English portrait painting by the end of the 18th century.