In March, at Christie’s auction will be sold to a collection of works of art owned by George Michael. The initial cost of work varies from $ 600 to 2 million dollars. 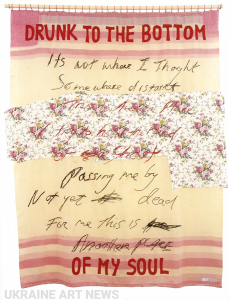 As CNN reports, fans will suddenly have a British singer, George Michael, who died on Christmas 2016, a unique opportunity to purchase items from the magnificent collection of works of art that belonged to the singer.

George Michael was one of the main people who supported British artists, including Tracey Emin and Damien Hirst.

During his life, Michael, who became famous in the 1980s as a member of the group Wham!, Had amassed an impressive and valuable collection of works of art.

After his death at the age of 53, caused by natural causes, the British press revealed many stories about how George Michael helped numerous charitable organizations.

Auction house Christie’s confirmed that all funds from the sale of the collection will be directed to charity.

“We are pleased to organize such a large auction, which will allow it to continue its charitable activities. George Michael was a genius in the music industry, and viewing more than 200 works of art from his private collection will help understand the breadth of human tastes that have been admired throughout the world, ”shared a global director of the auction house Jussi Pilkanen.

Before the auction, the collection will first be shown in New York, then in Los Angeles, then it will go to Hong Kong and Shanghai, a week before the sale it will be exhibited in London. 75 pieces of art will be sold at live auction, and another 130 will be sold online. One of the highlights of the collection is the Inconvenient Truth of Damien Hirst. For her expect to gain up to $ 2 million