The optical illusion is an error in the visual perception caused by inaccuracy or inadequate processes of unconscious correction of the visual image. Sometimes we can not see what is not really. 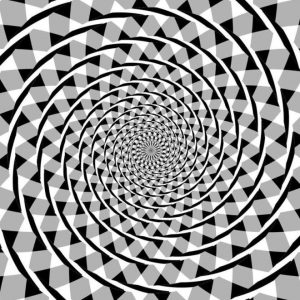 The author of the spiral is a psychologist James Fraser in 1908. The secret of illusion is that at first glance it seems that the picture depicts a funnel, but if you look – it’s not a solid line, but a number of circles of different sizes.

“Everything is a hustle and bustle” 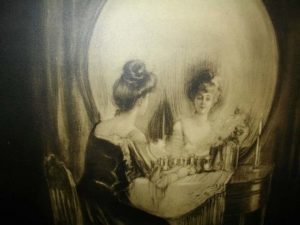 What do you see in front of you – a woman near the mirror or skull? The mysterious picture of Charles Gilbert made a lot of noise in his time.

Circles of the Ebbinghaus 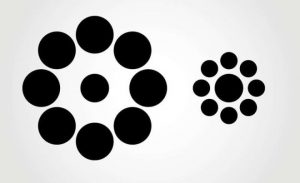 The illusion named after the name opened by German psychologist Herman Ebbinghaus. The deception is that two circles, identical in size, are located adjacent, around one of them are circles of a large size, while the other is surrounded by circles smaller, but the first circle seems less than the second. 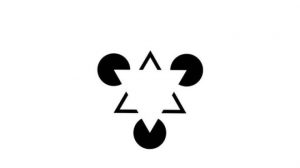 By his illusion, the author of Gaetano Kaniza tried to prove that a person sometimes gives an incorrect assessment of reality – the viewer in this picture sees a white triangle that does not really exist. 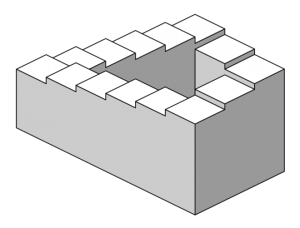 The impossible figure, developed by Lionel and Roger Penrose. In the case of visual movement on these stairs in one direction (counterclockwise), the person will rise infinitely, and when moving in the opposite direction – descend. And after completing the route, the viewer will be at the same point from which the movement began. 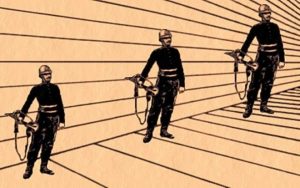 At first glance, it seems that these soldiers have different growths, but take a closer look at the whole thing in our perception. 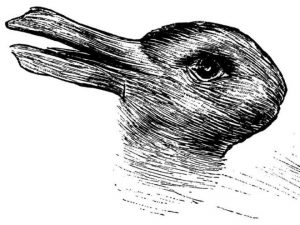 Before you can appear like a duck and a hare – it all depends on the direction in which your view is directed. 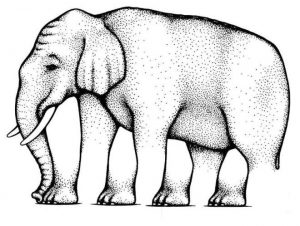 What’s wrong with this elephant? How many feet do you see? The feet themselves are erased and moved to the sides, so understanding this image is extremely difficult.