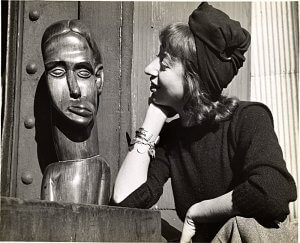 A romantic project about an artist who, at the age of 14, chose her path to go through to the end, becoming an icon of abstract expressionism. Lee Krasner (1908–1984) ignored economic crises, the neglect of male colleagues, and the unspoken name “Pollock’s widow”. More than 100 works from museums and private collections show various Krasner: early self-portraits, the famous “Miniatures” of the 1940s, collages from broken early works, late abstractions. Lee (Lena) Krasner was born in Brooklyn in a family of Jewish immigrants from the Russian Empire. 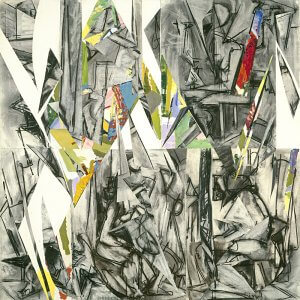 Later she recalled that in her teens she didn’t like the words of the prayer about the fact that God created a man in his own image and a woman as he considered necessary. But Lee was lucky with his parents. They let her go to study at Cooper Union and the National Academy of Design. In November 1929, the Museum of Modern Art (MoMA) opened in New York, where Krasner first saw the works of Henri Matisse and Pablo Picasso. But the Great Depression struck, galleries were closed. But according to the Roosevelt program of assistance to the population, artists were attracted to the design of public spaces. Krasner earned both professional and public reputation. Participating in union protest actions, she became acquainted with the prisons of New York. Then a novel and marriage with Jackson Pollock, his death, the continuation of active work in the general workshop in the vicinity of the Big Apple (160 paintings in 7 years). And global recognition in the end.