Last year, more than 100 thousand people gathered at an exhibition in Genoa to see the paintings attributed to the Italian artist Amedeo Modigliani. However, the examination of these works showed that most of the work is fake. 20 of the 60 paintings by Amedeo Modigliani presented at the exhibition in the Palazzo Ducale (Genoa) proved to be quality forgeries of the original master paintings. This conclusion was made by a team of specialists after various inspections and examinations. 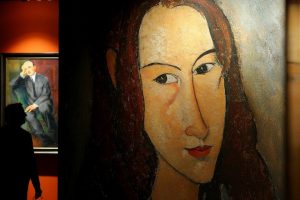 The first in the authenticity of paintings doubted the art expert and collector Carlo Pepi (Carlo Pepi), who saw photos from the exhibition in social networks. He notified the Italian police and the international press about his suspicions. Initially, the organizers did not take the criticism of the man seriously, calling it groundless, and even wanted to sue Pepi for damage to his reputation. 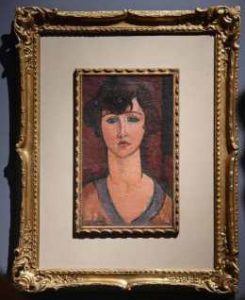 It is also worth noting that these arts were exhibited before in several well-known museums in Europe, so there was no doubt about their authenticity. Soon, prosecutors in Genoa decided to remove 21 of the 60 paintings exhibited in July, which led to an unexpected closure of the exhibition three days before the scheduled time. The experts concluded that only one investigation work, which had a certificate of authenticity issued by the Italian government, was not forged. “For many years now I’ve been trying to fight the fakes of Modigliani’s works. Sometimes there is a feeling that after the death of the artist created much more work than in life. What we were able to spot is just the tip of the iceberg, “commented Carlo Pepi. The art historian Isabella Quatrocci, whom the Italian authorities asked to study the works, described the pictures as “frankly falsified”, referring to their style and pigment composition. According to Pepi, the market works Modigliani just riddled with fakes. He is one of the most frequently copied artists, as works of the master are sold for fabulous money.

Source: http://art-news.com.ua/20-kartyn-modyliany-okazalys-poddelkamy-18437.html
© Art News Ukraine. Under the guidance of Sotheby’s.