Investigation of the theft of the “Woman – Ocher” painting by Willem de Kooning, stolen 30 years ago, came to a new stage. 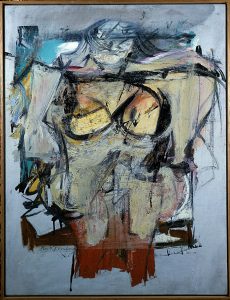 It seems that the picture “Woman – ocher” Willem de Kooning, whose value now stands at more than $ 100 million, 33 years ago from the Art Museum of the University of Arizona stole a quiet intelligent couple. The New York Post reported on another piece of evidence – this is a frame from a family album, which confirmed that the day before the crime the music teacher and speech therapist from the American outback were in the same city of Tucson, where the museum is located. The photobook of malefactors, who apparently tried to change their appearance, partially coincides with the image of Rita’s spouses and Jerry Alter. Thieves raced off on a sports car of red color – the same was for the couple. A year before his death, Jerry published a story about the robbery of the museum – that’s just where they steal not the picture, but the jewel. The investigation is still ongoing, but the main thing is that the canvas was found exactly one year ago. His antiquarian returned to his museum, to which Alter’s nephew appealed, who inherited their property. Apparently, all 32 years of work hanging in the bedroom with the spouses, which until now all the neighbors have spoken of as incredibly honest and respectable people.

According to the company Art Loss Register, which collects data on stolen works of art, the three most “stolen” artists include Picasso, Renoir and Caravaggio. Among the specific works, the leader can be “The Portrait of Jakob de Hein II”, which since 1966 has been abducted and returned to the Dalić Gallery in London four times, for which he received the nickname “Rembrandt for Take-Out.” And here are some more pictures that have not been returned yet – but they are looking for it with all their might. 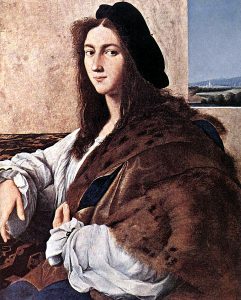 “Portrait of a young man” by Raphael. The fate is unknown since 1945.

“It was not burnt and was not destroyed, but is safe in one of the bank safes”, – so mysteriously representative of the Ministry of Foreign Affairs of Poland on restitution of cultural property Wojciech Kowalski responded to a request about where the “Portrait of a Young Man” Raphael. The painting, confiscated by the Nazis from the legitimate owners, Princes Czartoryski, disappeared after the end of World War II. Kowalski’s words sound unconvincing, and rumors go different: the portrait is owned either by a Swiss banker, or by a Russian oligarch, or by a hedge fund manager from the USA … There were never public renaissance genre paintings, but a sketch of “The Head of a Muse” for a mural “Parnassus” from Stanza della Senyatura in the Vatican to the new owner went for $ 47.9 million (Christie’s, 2009).

Of the 43 CCTV cameras, only 7 worked, alarming was not turned on at all – it’s no surprise that Van Gogh’s picture was stolen, not at night, as it happens in such cases, but in the morning when the Muhammad Mahmoud Khalil Museum in Cairo was just opened. The authorities suddenly remembered and blocked the stations and airports. Further – even more interesting. At first the police stated that they had allegedly arrested two Italians and the case was closed. Then the statement was denied by the Minister of Culture of Egypt Farooq Hosni, who assured that the canvas was never found. In 2012, British art experts put forward a version that the stolen “Maki” – just a copy, and the original was stolen back in 1978 for a major Egyptian official. The record of the cost of Van Gogh paintings was set 20 years before the abduction of the “Macs”, then “Portrait of Dr. Gachet” went under the hammer for $ 82.5 million (Christie’s, 1990).

Spiderman, Spider-Man – so nicknamed the Serbian mountaineer and thief Vieran Tomich, who penetrated the museums and houses of wealthy people, climbing the walls. The loudest thing in his career is the bold robbery of the Museum of Modern Art of the city of Paris in the spring of 2010. As later confessed to Tomich, who was in the dock, he went to the museum after another picture, but “everything turned out very well.” The alarm was on repair, the CCTV camera he was able to disconnect, and the guards were dozing. Tomich strolled about the halls and took what was in accord with his aesthetic taste – Picasso’s painting “Pigeon with green peas” (and Matisse, Braque, Leger and Modigliani). On the question, where is the work, without blinking answers: “Destroyed and thrown away.” Fortunately, the fate sold for a record $ 179.4 million (Christie’s, 2015) “Algerian Women (version” O “) was more successful: the last picture from the same name series now belongs to Sheikh Hamad bin Jasim, the former Prime Minister of Qatar.