Fine art never went on about the power of those in power. Drawing a picture, the artist describes the events or simply spits out emotions. But no one knows how many years it will appear in the galleries and museums, and how the authorities will react to it. Some pictures can be quickly rehabilitated, and other works can wait for “coming out” for years. And this despite the fact that the skill of the artist can be on top. Examples of censorship are masterpieces of “forbidden art.” 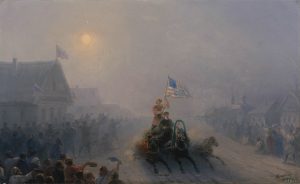 This unusual picture is dedicated to the events of 1891-1892, when America sent humanitarian aid to Russia at the time of the economic and epidemic crisis. The situation of the people was very disastrous, and Emperor Nicholas II personally thanked America for its substantial financial contribution. Disagreeable to the government of the painting Aivazovsky during his visit to the US presented the Corcoran Gallery of Art in Washington. 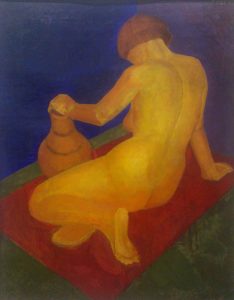 “Model” is a picture of a Ukrainian artist, one of those numerous canvases that were collected all over Ukraine until 1937. They wanted to destroy them, because the stories were not ideologically verified, and the authors were subjected to all kinds of persecution and repression. The war prevented the destruction plans, and the paintings miraculously survived to the present day in the closed collections of museums.

“Consecration of a brothel”, Vladimir Makovsky 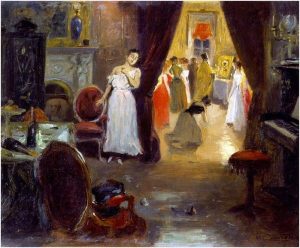 This work of Vladimir Makovsky, the famous Russian artist, was never finished. Probably, the painter understood how small the chances of passing church censorship with such a plot are. The sketch clearly reads a protest against the contemporary artist’s reality, in which such absurd things could occur.