For the first time in 18 years, a well-known Ukrainian artist returns to New York with a personal exhibition “Ivan Marchuk: Paintings”, which will be opened on April 4 at the Ukrainian Institute of America. 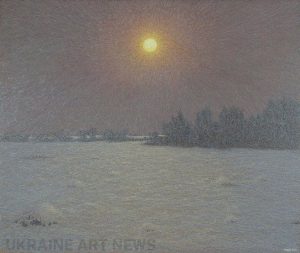 At the retrospective exhibition after the ocean, viewers will be able to see the works of different periods of the outstanding masters. Exciting works by the artist will be offered to his fans, deep philosophical reflections on his life’s quest, the earliest memories that are repeated by dreams and prophetic visions.

Emphasizing high attention to detail and high-precision skill, the author’s works of Marchuk are made in a complex original technique, which is made up of hundreds of interlaced thin lines or threads, which enhances the illusory effect of visible depth, bright enamel-shaped surfaces and rich gradations of light. At the beginning of his career, he called this drawing style “plonteinism”, a neologism, derived from the Ukrainian word “weave”.

Recall that in March 1989 Ivan Marchuk was forced to emigrate abroad. For a long time, living in Australia, Canada and the United States, returned to Ukraine in 2001 after the September 11 terrorist attack in New York.

Marchuk’s exhibitions always have insidious fame, including the latest retrospective of landscapes at the National Museum “Kyiv Picture Gallery”, which lasted for more than 15 thousand people for three weeks, which has become a record for the museum in recent years.