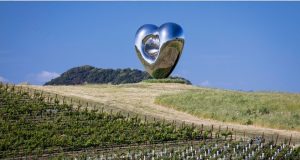 The arts and culture have a great influence on the economy. To this conclusion came the researchers of the American Bureau of Economic Analysis. They published a report that says that art contributes more to the US economy than agriculture and related industries.

According to researchers, the field of culture brings to the US economy more than $ 763 billion. This industry also creates a large number of jobs across the country. In 2015, almost 5 million people were involved in American culture and art. The researchers noted that this is not just about big cities.

The report also mentions that the US cultural industry is growing faster than the country’s economy as a whole. Due to this, more people work in art than in the fast food industry, which is considered one of the largest in the country. In addition, US organizations regularly engage in importing works of art and cultural objects to other countries.