Art turnover in the world reached $ 67.4 billion, the most famous artists and the most expensive works bring in the main money, women get only a third of the market, and the millennials began to buy – Art Basel presented a new report 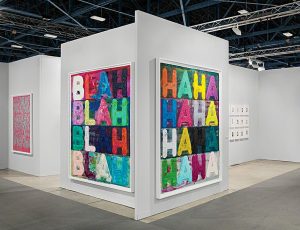 The main strategic conclusions from the annual report on the art market, prepared by Art Basel with the support of UBS Bank: for the second year the global market is growing again, and mainly by young people from Asia. In general, everything is as usual: the rich get richer, the poor get poorer, art forever.

The study of the global art market, which is annually published by the company Arts Economics and its head, Dr. Claire MacEndrew, is the main source of data for all art analysts. Previously, the study ordered the fair TEFAF, but now it is sponsored by Art Basel. Nevertheless, this year, after a false start the year before last, TEFAF is planning its own research, the results of which we will share after its presentation on March 15.

World sales of art are divided between art dealers and auctions. In recent years, dealers often reproached auction houses (especially the largest ones) for squeezing them out of the art market. Although predicting someone’s priority in this area is like asking who is stronger: an elephant or a whale? In 2018, sales of dealers, according to estimates by Arts Economics, amounted to $ 35.9 billion (7% more than in the previous year). Sales at public auction yielded $ 29.1 billion, an increase of 3%.

The most rapid growth rates showed large gallery owners – with a turnover of from $ 10 million to $ 50 million; the weakest indicators were at small dealers with a turnover below $ 250 thousand per year. Banal truth – money to money – has justified itself and here. In galleries operating in the primary market (that is, directly with artists, rather than reselling their work again), an average of 63% of total sales accounted for the three most sought-after artists and 42% in general for one leading artist. 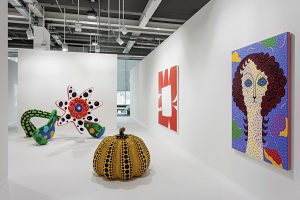 At auctions, more than half the turnover (61%) yielded a tiny amount (1%) of the most expensive lots sold for more than $ 1 million. Post-war and modern art was the most significant section in the auction in 2018: it brought the auction houses about half of their turnover.

With gender equality in the art market, things are not so bad. One-third of the artists (36%) that the galleries represented in the primary market in 2018 were women and the sales of their works brought a third of the income (32%). However, it turned out that the higher the cost of the work, the less among their author’s women. In the “stable” of galleries with a turnover of up to $ 1 million, an average of 38% are female artists, and those gallery owners whose turnover exceeds $ 10 million allowed only 28% of women to be included in the lists of their authors. 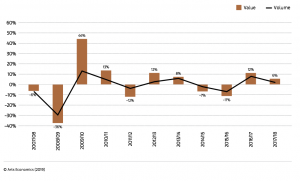 The dynamics of the turnover of the art market over the past ten years in terms of value (value) and the number of transactions (volume). Art Basel Report. Photo: Arts Economics (2019)

The main sales channel for art dealers is still fairs, and their importance is growing (gallery owners made up 46% of their turnover by participating in international fairs). On average, each dealer participated in four fairs a year.

And finally, the opening of the year. All previous surveys have shown that the majority of art buyers are elderly people. For example, among American collectors (and we remember that the USA is the main art market in the world), most were aged 50 and older. However, now, when the art market in Asia was investigated, it turned out that between one third and one-half of the customers there were “millennials”, that is, people born between 1981 and 2000. Asian “millennials” turned out to be extremely active both in the number of purchases and in their value – half of the people who spent more than $ 1 million on art over the past two years were 30 years old. But recently, art sellers were distressed: how to sell it to those who are not after possession, but after impressions, and are ready to use the apartment and car in half with their neighbor, joining the economy of shared consumption? It remains to wait when the “millennials” of the whole world will follow the example of young people from Singapore and Hong Kong.