The largest art museum in California, the Getty Museum spent about $ 100 million to buy a collection of drawings from a famous British artist. The collection consists of 16 drawings, including works by Michelangelo, Parmigianino and Watteau.

The only picture in the collection was until 2008 the lost work of Antoine Watto “Surprise” (1718); the collection of graphics was replenished with the “Etude of the head of St. Joseph Andrea del Sarto, The Study of the Grieving Woman by Michelangelo, The Head of a Young Man by Parmigianino, Goya’s sketch, Pastel Degas, works by Lorenzo di Creda, Fra Bartolomeo, Tiepolo, Rubens and others. 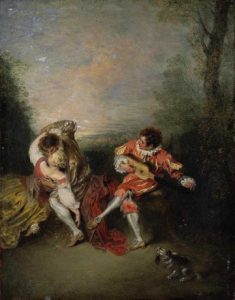 Negotiations on the acquisition of part of the meeting began two years ago, curators of the museum were able to choose from the collection, which includes more than a hundred works. Most of the acquired works have already arrived at the museum, except for three drawings waiting for the license of the British Council for Arts, which can impose a temporary moratorium on their exports to enable local institutions to buy them from the seller. The exhibition of new acquisitions will open at the end of the year.