Interesting art films about art are a rarity in world cinematography. In recent years, it turned out not so many movies that can capture the attention of the viewer and make him watch, holding his breath. Below you will find 5 films that will help you better understand how brands of works of art and artists are created and how the art industry works. 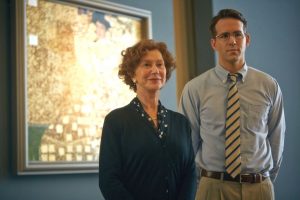 In April 2015, US screens out the movie trailer for “The Woman in gold,” which tells the real story of the successor to the Austrian sugar magnate Maria Altman.

Mrs. Altman lost during the Second World War not only her family, but also many family treasures that took her away from the Nazis. Several decades later, Mary, armed with the support of the young lawyer tries to return five paintings that belonged to her family, including Gustav Klimt’s legendary painting “Portrait of Adele Bloch-Bauer”, also known as “Golden Adele”. Heroes have to undergo many trials before the cultural heritage returns to their legitimate owner. 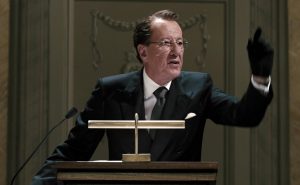 Virgil Oldman is managing director of a leading auction house. Occasionally his partner Billy in full view of the world he turns the sophisticated scam, deftly manipulating and misleading both sellers and buyers. In the secret hall of his villa, he collected hundreds of priceless paintings of different eras. Once, a mysterious woman hiding his personality asks him to sell her family antiques. Among numerous works of art, Oldman once again finds particles of a long-lost mechanism. At one time there was talk that in order to revive it, the makers have resorted to using higher powers … Making like a puzzle found details with his friend Robert brilliant they try to unravel the secret. But Oldman is interested not only in the objects of antiquity, not noticing how he himself was trapped. 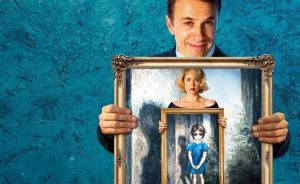 History unfolds in the bright and prosperous America of the 1950s. In juicy colors of San Francisco, it’s what shattered the traditional view of art and will irreversibly change the way our lives look. Appearing from nowhere, the artist Walter Keane came up with pop art. His unusual paintings, depicting moving children with huge eyes, caused a real outrage and literally flooded the whole world. They are printed on calendars, leaflets, housewives are thrilled in an apron with their image. Walter becomes the king of contemporary art, one of the most famous artistic figures on the planet.

But at the peak of the artist’s fame, his modest wife, Margaret, suddenly states that Walter is a swindler, and she is the author of famous paintings. Suddenly, the shocking details of the life of Spencer Keane are revealed. The whole world stood in anticipation of the answer to the question: who is still a genius whose bold and original paintings adorn every living now from Paris to Alaska? 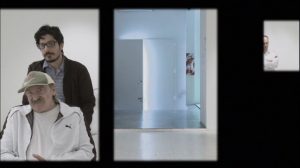 Jorge Ramirez, the nursing home’s sanatorium, becomes famous thanks to the drawings that he once decided to show one gallery of contemporary art. But the author of interesting works is not Jorge, but the patient he cares for. Only the success did not last long. 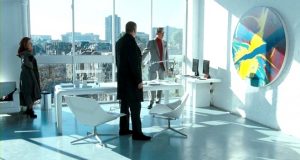 The owner of the London Gallery of Contemporary Art, Art Spindle, wishes to buy a picture of “Boogie Woogie”. This canvas is decorated with the house of the zealous collector Alfred Rhineholm, who does not want to sell it for any money. Except for Spindle, the “Boogie Woogie” put an eye on another collector. Those who want to buy a masterpiece are many, and all of them are bound by difficult personal relationships.