Sky-high prices limit the market of Egon Schiele, whose recent exhibition at Art Basel in Hong Kong was insured for as much as $ 100 million 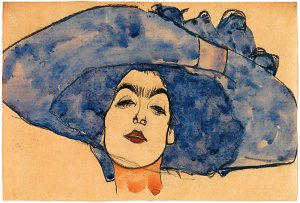 In March, the London dealer Richard Neiji took a bold step by dedicating his entire booth at the Art Basel fair in Hong Kong to Egon Schiele (1890–1918), exposing 40 of his works insured for an impressive total amount of $ 100 million. New York, which carries on Art Basel in Basel, a selection of brilliant graphics of the artist. If the Western audience has the name Schiele at the hearing, then in Asia they are not so familiar with the works of one of the leading representatives of Austrian expressionism.

Schiele’s work market is very limited, primarily due to high prices. At the Neiji stand, they started at $ 100,000 and reached $ 12 million — not the most comfortable entry point for young collectors. In addition, to fully appreciate Schiele, requires deep knowledge: the refinement and tenderness of a number of drawings are easily overlooked by anxiety and physical tension. 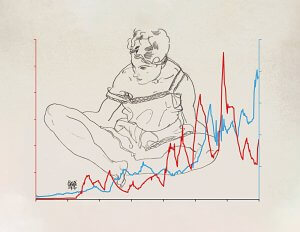 Schiele’s paintings in oil are valued above all else, much rarer (2% of all auction sales) than works on paper. The auction record for his painting was set in June 2011 at Sotheby’s London auction, when the painting “Houses with colorful linen” (“Suburb II”) (1914) went under the hammer for £ 24.7 million ($ 39.8 million), having packed in the estimate of £ 22-30 million (unlike the results of the auction, the presale estimate does not include commission). But in 2017, two other canvases at auctions failed. Danae (1909) was removed from Sotheby’s New York trading, its estimate of $ 30–40 million was considered too high for the work, where the influence of teacher Schiele Gustav Klimt is too obvious. Another well-known oil painting, “House in the Mountains” (1915) remained unsold, again, most likely, overvalued by the auction organizers (estimate of £ 20–30 million).

Neiji and Callier agree that the deficit is the main problem of this market and that the situation is getting worse over the years. “Today, no one will be able to collect a collection of the level that belongs to the Leopold Museum in Vienna,” says Callier. 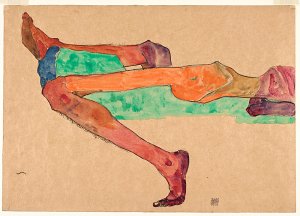 Collectors should pay attention to two things. The first – provenance. During the Second World War, part of the work of Schiele was illegally confiscated by the Nazis. Accordingly, it is necessary to check with the catalog-reason and carefully check who owned the work in the 1930s – 1940s.

Sometimes, if it turns out that the work was illegally seized during the war, the new owners manage to reach an agreement with the descendants of those to whom it once belonged. For example, in November 2018, the City at Dusk (Small City II) (1913), once confiscated and eventually returned to family law, was sold at Sotheby’s in New York for $ 24.6 million. owners.

The second problem is authenticity. The market is full of fakes, Callier says he sees them about one per week. “Fortunately, most of the fakes are eliminated at the initial stage, before they have made much progress in the food chain, and the reason directory serves as reliable protection,” she notes. In addition, there are works that, after the death of Schiele, were painted by the husband of his sister, Anton Peschka; they are valued far less than works created entirely by Schiele.

The content of individual items of Schiele with their frank nudity may seem inappropriate to the bearers of the Asian mentality, but Neiji recalls: “In Japan, there is a bright tradition of syungi (erotic drawing. – TANR), she gets on well with the restrained behavior of the Japanese in society, and I do not think with other private buyers, the situation is different … the attractiveness of eroticism is universal. ” At the same time, according to him, the naturalistic and recognizable works of 1917-1918 are recently sold for big money to “trophy hunters”, while true connoisseurs of Schiele prefer more complex expressionist works of 1910-1912. 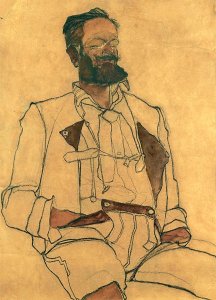 “There are so-called trophy collectors, they need only the“ very-most ”, as a result, the prices of such works soar to the skies, dividing the market into two parts. And in its lower segment there are very good deals that are made by experts who understand Schiele’s work more deeply, ”says Callier.

With regard to the demand for Schiele in Asia, Neiji says that he already has several Chinese collectors, “though quite a bit.” Be that as it may, when at Sotheby’s auction in London on February 26 “Fishing Boat in Trieste” (1912) was sold for exceeding the estimate of £ 10.7 million ($ 14 million), the main competitors of the participant who bought the lot were, according to the auction house from Asia. Neiji says he decided to bring Schiele to Hong Kong in the hope of finding new collectors as well as “popularize the artist.”