Thus, Sotheby’s, whose shares were traded on the New York Stock Exchange for 31 years, will once again become a private company

BidFair USA, owned by French-Israeli media mogul and collector Patrick Drahi, will acquire Sotheby’s from the shareholder group for about $ 3.7 billion.

According to Drahi, he fully trusts Sotheby’s current leadership and “does not plan to make any changes to the company’s strategy.” He adds: “This is a very long-term investment that I make for my family through my personal holding company. Financially, it has nothing to do with Altice Europe or Altice USA. ”

Drahi notes that the purchase will use the funding recommended and provided by BNP Paribas, as well as its own funds. “I do not intend to sell shares of Altice Europe NV; I intend to monetize a small part of Altice USA shares in the amount of up to $ 400 million by the end of the year, ”he said. 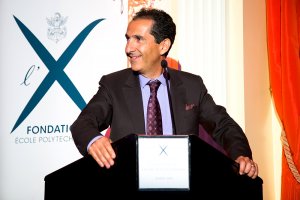 After the announcement of the transaction, the value of Sotheby’s shares increased by 57% and at the time of writing this article was approximately $ 55.70.

All shareholders, including the company’s employees, will receive $ 57 per share, which is 61% higher than the quotes at the close of trading on June 14. This is “a significant increase in market value for our shareholders,” says a press release from Sotheby’s Chairman of the Board of Directors, Domenico De Sole.

Thus, Sotheby’s, whose shares were traded on the New York Stock Exchange for 31 years, will once again become a private company, like its competitor Christie’s, owned by another French billionaire since 1999, Francois Pinot.

Sotheby’s has been a public company since 1977 until it was acquired by Alfred Taubman in 1983. However, soon, already in 1988, he again brought the company’s shares to the exchange. In 2006, the company changed its name from Sotheby’s Holdings, Inc. at Sotheby’s.