Did you think that 2017 was a “super artistic year”? By no means, because in 2018 every month will be able to surprise art lovers, when world art events will begin to open simultaneously in different corners of the earth. We offer a look at the most interesting exhibitions, biennial and triennial, which deserve attention.
Art Summit in Dhaka 2-10 February. The fourth edition of the two-year summit in Bangladesh invited many famous personalities of the art world to the event. So, about 300 artists in 10 curatorial exhibitions will take part in it. The Dhaka Arts Summit will be held at the Shilpakala Academy, the national cultural center of Bangladesh. 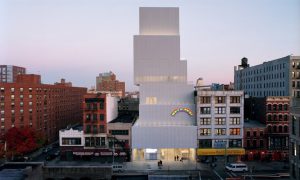 The curator duo of Harry Carrion-Murayari and Alex Gartenfeld organized an exhibition representing about 30 young artists from 19 countries. This global presentation is devoted to “interference in political and social structures”, considering racism and colonialism.
Biennale of Sydney March 16 – June 11, the 21st edition of the largest event of contemporary art in Australia will be held for three months. This is the only free festival of its kind in the country, and the show itself will be opened by Ai Weiwei with the art director Mami Kataka. The event will present the works of 70 artists and will be held in seven museums, galleries and exhibition areas of Sydney.
Glasgow International April 20 – May 7. 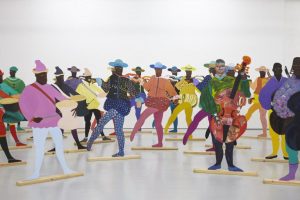 The program of 2018 will be led by Richard Parry. Reacting to the politically turbulent period, the exhibition, headed by the artist, will present projects dealing with such topics as personality, race and paternity. More than 45 group shows and 35 personal exhibitions will show the works of 190 artists, including the winner of the Turner Prize, Lubajny Khimid.
10th Berlin Biennale June 9 – September 9. The experimental and promising 10th Berlin Biennale offers “a plan how to face collective madness.” Gaby Ngkobo (South Africa) was elected as the curator of the event.
Manifesto 12 June 16 – November 4. Two architects, journalist, director and curator of contemporary art … This Manifesto promises to be truly interesting, and the efforts seem quite noble – the fight against serious crimes, corruption and poverty through art.
Front Triennial July 14 – September 30. The event will present more than 70 international artists, from Candice Breitz and Allan Sequelly to Inca Shonnibare MBE, and will have an endless list of possibilities: artist residences, lectures, film and video programs, a lecture tour for publications in the studio.
Liverpool Biennale July 14 – October 28. The tenth edition of one of the leading European art shows will open in Liverpool in July and will last until the end of October. The Biennale “invites us to reconsider the past, promoting a new sense of beauty.”
Biennale Gwangju September 7 – November 11. Extensive theme “Imagined borders” of the 12th edition of the Biennale is a timely, inspired by migration and refugees, both historical and real exhibition, which raises the issue of “closed borders”.
Biennale of Arts in Bangkok October 19, 2018 – February 3, 2019. The capital of Thailand has planned a unique program in which 70 artists, from international stars Elmgreen and Dragset, to less familiar local talents such as Sanitas Pradittasni and Kavita Vatanayankur will take part. The exhibition will take place in various places on the Chao Phraya River.

Source: http://art-news.com.ua/top-10-kliuchevykh-sobytyi-yskusstva-2018-hoda-18305.html
© Art News Ukraine. Under the guidance of Sotheby’s.