The Dutch Van Gogh Museum said on its official website that the artist’s collection was replenished with two previously unknown works. Each of them is dated March 1886.

In the beginning, a new picture of Vincent van Gogh was discovered: “Montmartre Hill with a Stone Quarry”, 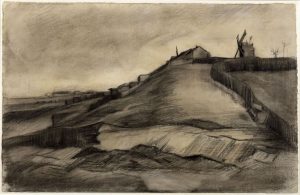 dated March 1886. The discovery was confirmed after extensive studies conducted by the Van Gogh Museum.

As a result of this discovery, the artist is also credited with a work that was previously rejected as Van Gogh’s hand. This work, entitled “The Hill of Montmartre” (1886), 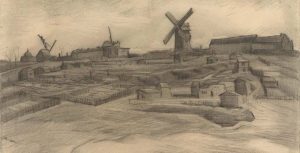 housed in the Van Gogh Museum, highlights an unmistakable link to the newly opened drawing in terms of subject, size, style, technique and materials. Axel Rüger (director of the Van Gogh Museum): “It is fantastic news that now you can add two drawings to the work of Van Gogh.”

Teijo Medendorp, a senior researcher at the Van Gogh Museum, commented on the finds: “These two drawings are clearly made with one hand and stylistically reminiscent of Van Gogh’s model drawings of the beginning of 1886, which he created in Antwerp, and then in Paris, at Cormona’s studio. In the multifaceted work of Van Gogh, these two striking works show how the artist continued to seek his style in the winter and spring period of 1886. They demonstrate the stage of the learning process of Van Gogh – in Paris he re-discovered himself, but here he still followed the traditional artistic path. “