One of Bonhams’ oldest auction houses, which was put up for sale in May this year, was purchased by the British private equity firm Epiris. The financial terms of the deal have not yet been disclosed. 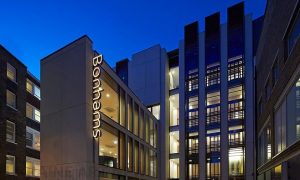 Bonhams CEO Matthew Golding and CFO Jonathan Fairhurst will continue to work in their positions along with former Sotheby’s chief operating officer Bruno Vinciguerra, who will take the post of executive chairman. Bruno Vinciguerra has already made a statement stating that “Bonhams is a business with great potential and a powerful history. I really hope to work with the team to help the company move on to the next stage of development. ”

Recall that in the year 2000, Bonhams was already sold to the Brooks auction house, after which the company was named Bonhams & Brooks. Subsequently, new owners wanted to resell their asset in 2014, even interested in buying it from representatives of the Chinese auction group Poly Culture Group, but something went wrong and sales did not happen. According to the Sunday Times, a financial advisory firm, NM Rothschild, was involved in the search for a buyer. At the beginning of this year, according to financial analysts, the auction house was estimated at several hundred million dollars.

The Bonhams Auction House, founded in 1793 and based in London, is one of the world’s largest and most well-known auction artists in visual arts and antiques, cars and jewelry. In 2017, Bonhams sold more than 50,000 lots worth more than £ 450 million.