During a series of auctions of old masters and art of the XIX century, Sotheby’s in New York set seven price records for artists 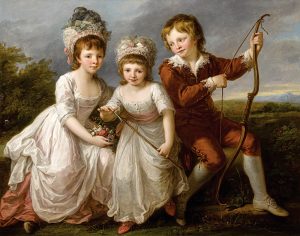 The main theme of the auction of classic art at Sotheby’s in New York, which together brought the auction house $ 99.8 million, was a selection of works by artists. A small exhibition titled “The Triumph of a Woman” was deployed as part of a pre-auction exhibition in the halls of Sotheby’s New York headquarters. Collectors were presented with paintings, drawings and sculptures of artists of the XVI-XIX centuries, in particular, Elizabeth Vigee Lebrun, Fede Galicia, Elizabeth Gardner Bouguereau, Artemisia Gentileschi, Angelika Kaufman and others. 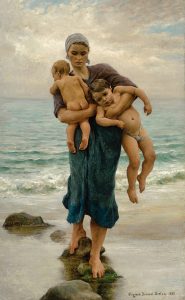 Virginie Demon-Breton. “The wife of a fisherman who has just bathed her children.” 1881. Sold for $ 543 thousand. Photo: Sotheby’s

In recent years, there has been a constant interest of researchers in the topic of artists, who gradually emerge from the shadow thanks to the achievements of feminism and the general popularity of gender studies in all fields of knowledge. Academic interest is almost always sooner or later reflected in the art market – obviously, this is what Sotheby’s relied on, and did not lose. During the evening and day auctions of old masters, as well as the auction of nineteenth-century art, held from January 30 to February 1, seven price records were set for women. 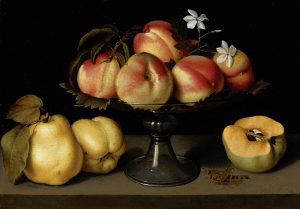 The most expensive was the “Portrait of Mohammed Dervish Khan”, written in 1788 by the French woman Elizabeth Vigee Lebrun. The work of the famous secular portrait painter and favorite artist Queen Marie-Antoinette was sold for $ 7.2 million. The price of a rare still life with fruit by an Italian artist of the beginning of the XVII century Feda Galicia turned out to be impressive too. Lively auction for a children’s portrait (supposedly depicting three offspring of the aristocratic Spencer family) brushes by German artist Angelika Kaufman stopped shortly before the $ 1 million marks, the final price was $ 915 thousand. Other records were set for works of nineteenth-century artists American women Elizabeth Gardner-Bouguereau ($ 591,000) and representatives of French realism Virginie Demon-Breton ($ 543,000), as well as Italian painter of the 18th century Julia Lama ($ 495,000) and Swiss genres of the early 19th century Amil-Ursula Gilbo ($ 16, 3 thousand). 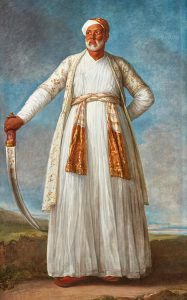 The marketing campaign for the Sotheby’s trading series not only drew attention to the phenomenon of female art, but also brought back to the attention of collectors and dealers a few forgotten names, such as Gilbo or Gardner Bouguereau. Other names from this collection, by contrast, were well known before. Thus, the still lifes of Fede Galicia were successfully sold at auctions before and easily went for millions of dollars. Here you can recall another artist from the Pleiad of old masters – Artemisia Gentileschi, incredibly in demand in the market, the famous “Judith” from the Neapolitan Museum of Capodimonte. Sotheby’s this time put up for auction in New York her canvas “Saint Sebastian and Saint Irina”, which went for $ 615 thousand, modest for Gentileschi, while the current price record for the artist is € 2.4 million.

As for women in modern art, their works, fortunately, go for millions even during the lifetime of the authors.