At the auction Christie’s will be sold “Suprematist composition” Kazimir Malevich, ten years ago, cost $ 60 million 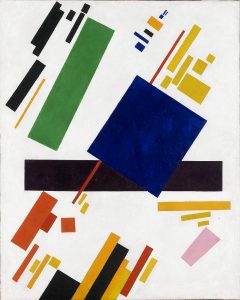 At the auction of Impressionist art and modernists on May 15, exhibited “Suprematist composition” by Kazimir Malevich, written in 1916 – the most expensive at the present time the product of the Russian avant-garde and Russian art in general. Ten years ago, the canvas was sold at Sotheby’s for $ 60 million to an unknown buyer, according to some suggestions by a consortium of art dealers.

The picture was on the market after a long dispute between the heirs of the artist and the Amsterdam Stedeleik Museum. Although the museum only conscientiously purchased works from the architect Hugo Hering, the heirs were able to prove that he could not dispose of the works – it was only to keep them at the request of Malevich himself. To retain the bulk of the collection, the museum agreed to give up five paintings. One heir immediately put up at Sotheby’s – it was sold without bargaining, at a pre-determined price of $ 60 million. Later, in 2015, another one of the five paintings appeared on the auction – “Suprema Composition No. 18” went for £ 21.4 million

Painting by Malevich is very rare at public auction (portal auction prices ArtPrice knows only 15 cases of sales), besides, it is often counterfeited – it is no wonder that a picture of this size, quality and provenance immediately aroused the interest of potential buyers. Its preliminary cost is reported only to them.