The Amsterdam Court of Appeal requests additional information on the dispute between Ukraine and the Crimean museums through the so-called Scythian gold. It is planned that the final decision can be made by the court in 6-9 months. 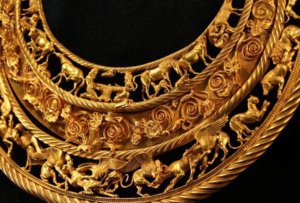 In a press release, the court reported that the parties presented their views with explanations and thoughts of experts, but the Court of Appeal, additional information is needed.

“The parties have two months to provide the requested information. Then the court will review the case. The final decision can be expected in 6-9 months,” the court decided.

By the time the final decision is made, gold continues to remain in the Allard Pearson Museum.

What is “Scythian gold” and why are they arguing over it? This is a collection of exhibits of one Kyiv and four Crimean museums. She was taken to an exhibition in Europe in February 2014, before the Crimean annexation of Russia.
The exhibition was held in German Bonne and then moved to Amsterdam. After the exhibition, 19 exhibits from the Kyiv Museum of Historical Treasures were returned. The rest – has become the subject of a dispute between Ukraine and Russia.

Among the exhibits are artifacts from Scythian gold, precious stones and swords of ancient Greeks and Scythians. The total insurance cost of 565 exhibits (2111 museum items) – more than 1.4 million euros.

The Crimean museums, which are currently subject to the Russian authorities, demanded that the Netherlands return the exhibits to them. Against this was the Ukrainian side. Taking into account that the treasures belong not to specific museums, but to the museum fund of Ukraine, the Netherlands party refused to return them at all and handed the case to court.