The London Museum of Charles Dickens managed to redeem a portrait of the writer who mysteriously disappeared more than 130 years ago. About this writes The Guardian. 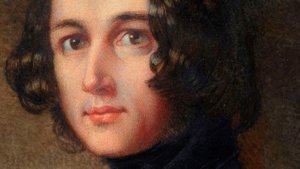 This is a miniature of the work of artist Margaret Gillis, who captured Dickens when he was 31 years old. In 1886, Gillis announced that the portrait had mysteriously disappeared. The public was able to see it only once – at the exhibition of the Royal Academy in 1844.

It is known that the portrait was found at a flea market in South Africa among the trinkets. After that, the writer’s museum decided to buy the painting from its new owners.

The amount of the transaction was about 225 thousand dollars (180 thousand British pounds). The sponsors helped to raise the money. They thanked for the generosity in the museum. “We are pleased that the portrait will” return home “,” said museum director Cindy Sagru.