New York court sued Russian billionaire Dmitry Rybolovlev: he demanded that Sotheby’s be paid $ 380 million. The businessman’s side claims that the auction house knew about the true value of the paintings he bought through the Swiss art dealer Iva Boulevier, however hide the truth. According to Rybolovlev, the auction house “has substantially helped the largest in history fraud in the field of art,” ArtsLooker reports. 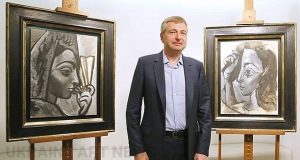 Recall that Rybolovlev accuses Bouvier of selling artificially inflated prices for 38 works for which $ 2 billion was paid. The collector asserts that Sotheby’s was aware of the true value of the work, but knowingly and deliberately made the fraud possible by providing official art- to the dealer, which indicated a specially overpriced value for artistic works. The lawsuit states that Sotheby’s is involved in the sale of a third of works purchased through the Boulevard, among them the work of Amedeo Modigliani, bought by Rybolovlev for $ 118 million, Gustave Klimt’s “Water Snakes II” ($ 183.8 million), and “The Savior of the World “Leonardo da Vinci, bought for $ 127.5 million and sold for a record $ 450 million.

Read: The sale of the most expensive painting Da Vinci helped Donald Trump to pay $ 95 million in debt to a Russian businessman

In the auction house, they reject all allegations in their address. It was noted that Rybolovlev’s charges of Sotheby’s involvement in fraudulent schemes are already being challenged in Swiss courts. In this regard, representatives of the company said that the New York court will also ask to stop the consideration of the claim.