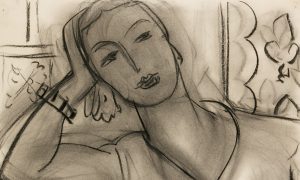 The experts appreciated the picture at £ 3,000,000. On a fairly simple work, which the artist performed with only a few lines, is reflected by Mary Hutchinson, the wife of a familiar artist who was part of the Bloomsbury band and had a romantic relationship with some of her members.

Hutchinson paid Mathis 8,000 francs for this portrait. He did not part with the work until his death. The picture was auctioned from the collection of their son, the late lawyer Jeremy Hutchinson. Matisse wrote that he managed to capture “some of the intricacies in the face of the model” and that he had pleasant memories of the meeting. Bidding will take place in June.