The market for impressionist and modernist work that has survived the recent recession is reviving. This was shown by the auctioned Christie’s auction house on Monday, May 13th. The works of Vincent van Gogh, Paul Cézanne, Pablo Picasso, Claude Monet, Amedeo Modigliani, Balthus, and Pierre Bonnard were sold for impressive eight-figure sums. The paintings of two of the last artists have set world records. As a result, the sale brought $ 399 million.

Still life of Paul Cezanne “Pitcher and Fruits” went for $ 59.3 million with a hammer, taking into account fees. The final rate was made by the president of the Asian branch of Christie’s – Rebecca Wei on behalf of the client by phone. True, the amount earned for the picture is not enough to surpass Cezanne’s auction record, set in May 1999. Then one – still unknown – the bidder shook the world, paying $ 60.5 million for “Still Life with Drapery, a Jug and a Vase with Fruits”. It should be noted that, given inflation, this price is now almost $ 93 million. 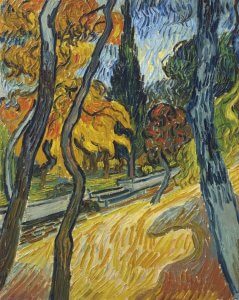 Vincent van Gogh’s “Trees in the Umbrian Garden” landscape became the second-largest lottery this evening and also surpassed expectations. The score on demand was $ 25 million, but this amount was exceeded during a competition between two participants on the phone. As a result, the winner presented 40 million with the prize.

The third record holder of the evening was the sculptural “Head” Amedeo Modigliani. The only bidder bought it for an initial $ 30 million. The result did not justify an ambitious Christie’s preliminary estimate of $ 40 million, although, with allowance for fees, the final price was 34.3 million. 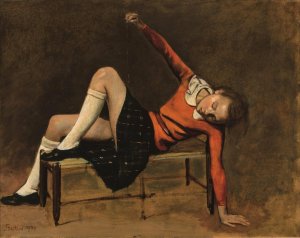 The Balthus masterpiece “Teresa on the bench”, dated 1939, became a record for the works of the painter. The last picture from the cult series of images of a minor artist’s music, Therese Blanchard, preliminarily estimated at 12-18 million dollars, eventually went for 19 million. 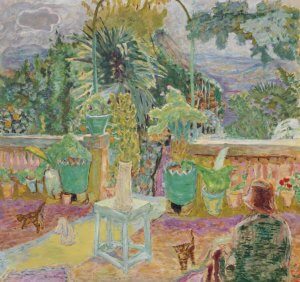 The other record holder on May 13 was the Terraces in Grasse landscape, which became the most expensive piece in the legacy of Pierre Bonnard. The landscape has been pre-assessed at $ 5-8 million. However, the struggle of collectors wishing to own it has brought this figure to 19.5 million.